A Rite of Passage 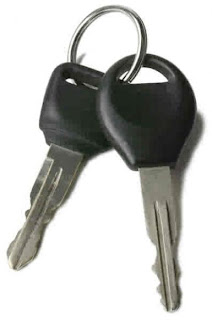 Yesterday, I picked up my granddaughter to take her to her voice lesson and, as she jumped in the front seat, she opened her folder to show me that she brought her "learner's permit" with her.  "I'm all legal, if you want to let me drive home." she said with an "I love you grandma" smile on her face.  "We'll see."  I replied evasively.  In the end I gave in because grandparents are always suckers when it comes to their grandchildren.  I even let her drive on the highway for a short way before we made a right turn (I love her, but I'm not crazy) and turned down the back road to her home.   The best compliment was when she told me how great it was because this was the longest she had ever driven, and that I don't yell at her.  Oh. . . . . .she must be referring to her father, my son, who totaled our car two weeks after he got his license when he slid sideways on the ice into a railroad crossing gate.  I can still remember my husband's scream  shock when he went to the garage and saw it.
This made me start thinking about cars and family. As Americans we love our cars.  I grew up in a central Indiana town that had many of the local citizens employed in a nearby auto factory.   When the new models came out, they were a constant topic of conversation.  My all time favorite will always be the Mustang.  I love seeing the cars in my family photos.  They really add a sense of time and place unlike homes that are static over time. Everyone has photos with family standing next to the family car ready to start a journey, whether just to Sunday church services or a longer family vacation.  A teenager getting their driving permit is both frightening and exciting, but tinged with a sadness that they are growing up. Cars and family are intertwined.

I would like to share a few of the photos of my family with their cars and also a few short stories, because all genealogists know it is the stories that bring family history to life. 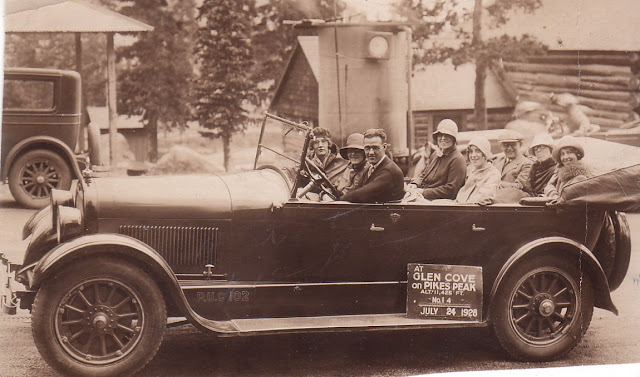 In the center back seat is "Auntie" Anna McDonnell, sister of my great grandmother Mary McDonnell Kennelly,  with Mary Kennelly , the youngest of my grandfather's sibling, in the middle in the front.  There was no way that Auntie was going to let Mary go unchaperoned! 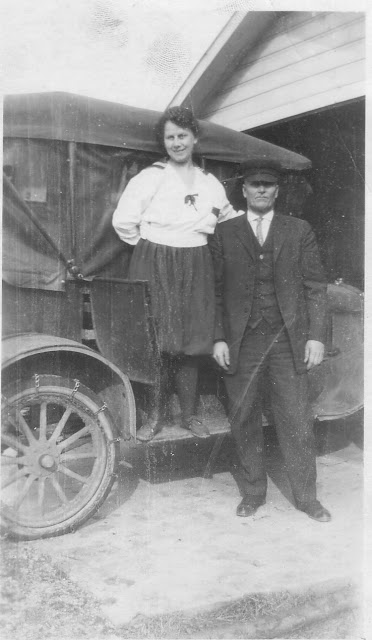 My great grandparents Anna Mae Allen Moldt and Edward Thomas Moldt.  I love the chains on the tires.  I have a vague memory of stories about a car with a rumble seat.  I wish I could see if this car had one.  Can anyone identify what model/make this car is.  Are those bloomers DaDa Mae is wearing? 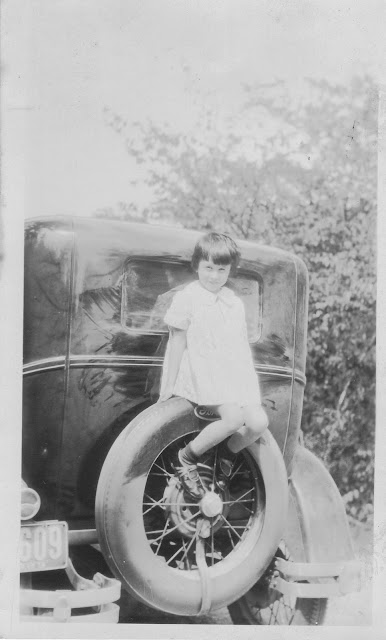 My mother, Gloria Kennelly, as a child. The year was around 1929 since she was born in 1924 and looks about five or six in this photo. Funny, I never noticed before how much my brother, Dahl,  looks like her in this photo. 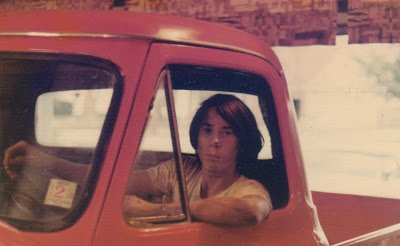 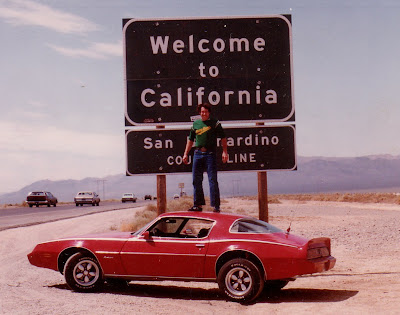 *****************
During the mid-sixties, my brother, Flip, asked his favorite girl to the Senior Prom.  In those days, proms were held in school gymnasiums and decorated with tissue paper flowers and crepe paper streamers by members of the junior class.  For this big event, he asked to use the family car and was told that he could take the truck.  With great indignation, he said he wouldn't go if he had to drive the truck so he called his date and told her he wouldn't be able go because he couldn't get the car.  He never mentioned the truck possibility.  But this girl was not giving up and told him not to worry, that she could drive and so she did.
She picked him up in her family's truck!!
***************** 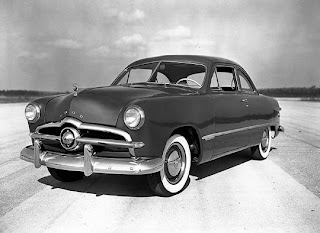 I took my driving test in a 1949 Ford with a manual transmission.  I can't find a photo of that exact car so one taken from Google images will have to do.  I wasn't allowed to take my test until I could drive a stick and change a flat tire.  My dad didn't think you had any business driving if you couldn't do both of those things. When he took me out to "practice" driving, I knew we would always go by way of the Orestes hill.  I just prayed that there was no one behind me at that stop sign as I slipped back while trying to get the clutch just right. Yet, I don't remember him ever yelling at me.  I have used both of those skills, and I passed my driving test the first time I tried, unlike my brother, Flip, who took three attempts to pass.  I try not to mention this too often - loud giggle!  Luckily, he doesn't read this blog. 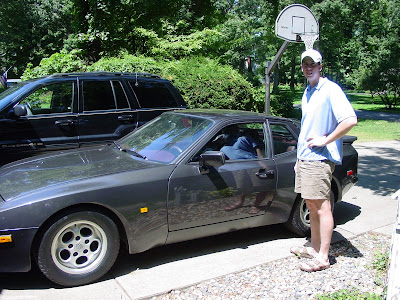 My youngest son with his first car, purchased after he graduated from college.  It is a Porsche that he bought used from an ad in the newspaper.  It had always been his dream to own a Porsche so he couldn't believe his good fortune to find one used at the very moment in time that he was looking.  I was flattered when he asked me to go with him to look at it. This invitation became clearer when the seller asked if he wanted to take it for a drive, he lowered his head and mumbled that I would have to drive it because he didn't know how to drive a stick!  I loved it.  He bought the car, and then I had to teach him to drive it.  But a Porsche is not meant for northern Indiana weather, and I am sure he was the only Porsche owner to buy snow tires for the car.

Recently, I have read several blog posts encouraging each of us to remember to record the family history we are creating now and not focus only on the past while letting the present slip by. Sometimes, it is difficult to know where to begin, but every family has automobile stories and these are a few of mine.  Stories don't have to be long.  Just snippets of life to pass on to those that follow.
Won't you share a few automobile stories from your family