Week 10 – Genealogy Road Trips: No two genealogy road trips are the same but they’re always fun and meaningful. Describe a memorable trip in your past. Where did you go? What did you find (or not find)? Did you meet any new cousins? What did the trip mean to you and your family?

This weekend as my husband and I planned our summer "vacation/road trip", I kept asking myself  how I could squeeze in a few visits to ancestor locations, maybe some cemeteries, and a few hours at an archive.  BUT,  it will be my husband's vacation also and since he is a famuggle I don't want to be too inconsiderate. A little inconsiderate is acceptable because that allows him to be magnanimous - an endearing quality . Then as I sat on my sofa in the dark with my computer on my lap and a mug of coffee at my side, reading through the day's email, I found this on Geneabloggers.  My thoughts drifted back to road trips I have taken in the past.  Every one of them surpassed my hopes and dreams so I have decided to repost one today. . . but which one??? 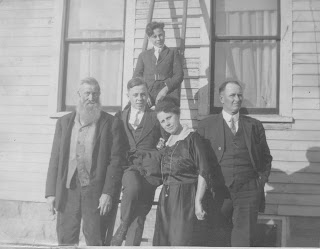 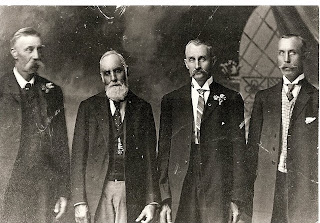 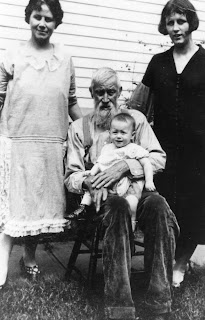 This was to be a solo trip without GPS, but I was confident. I had multiple printed Google maps and a large print spiral bound atlas. It was a sunny day and everything looked good. Then 2 hours into the trip, Boom, kathunk, kathunk, kathunk. I looked around and pulled off to the side of the road to check the car. As I rounded the back of the car I saw the rip in the sidewall of my rear tire. Thank goodness I had AAA - I did send the check in didn't I? I finally found my information tucked between a punch card for JoJo's pretzels and an old L.S. Ayres credit card. When I called they informed me that they didn't have a record of my current membership. Oh no, it had expired. Then the wonderful lady told me that they could reinstate my membership if I wanted to put it on a credit card, and they would send a truck right out. What do you think I did? I'm saved, but the truck had several other calls first and so the half hour wait turned into two and a half as I walked back and forth in the grass beside the car. I called everyone I could think of and told them my tale of woe to pass the time. After the truck arrived it was off to the local Walmart to get a new tire, because my mini spare wouldn't last. Finally, I am on my way after a five hour delay. I arrived at my destination moments before dark descended and was greeted with hugs and smiles from three complete strangers. . . . but not strangers for long. They wouldn't hear of me staying in a motel, they had a room all ready for me. Isn't family great! 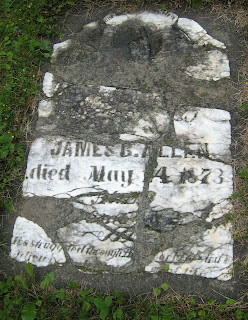 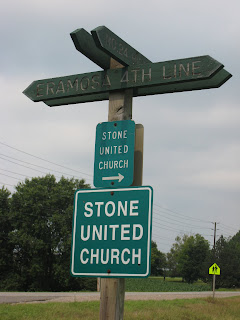 Over the course of two days, Eileen and her daughters went from strangers to family -a wonderful transformation indeed. Can I think of another reason to return? Hmmmmm. . . . .

Postscript: Sadly, I have not made it back to Canada yet, but remain in touch with my cousins and their generous help with Allen records were invaluable as I prepared for my trip to the family town of Chipping Warden last summer.