The Girls of Providence Identified . . . I Think!

Wow, it has been so long. What are my excuses?  I have none . . . or at least nothing earth shaking. My life was hectic, and I thought I would just take a short break from writing this blog.  That short break has been almost three years now. If my style seems a little stilted, you are probably correct.  I felt comfortable with my "voice" before, but now don't know if I can regain that comfortable feeling.  Regardless, I HAD to write this post . . . 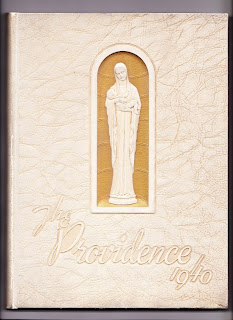 Intermittently since then I have received emails from individuals who read an old post and wanted to contact me about a connection or opinion.  I ALWAYS responded.  As you can imagine though, they are few and far between.  Then last February while I was sitting in a hotel room in Tucson on a short vacation, I opened an email from Tony that left me very excited - I am downplaying this as I have a vague recollection that I screamed!  He had read my post, The Girls of Chicago's Providence High School  . . . What Became of Them? His email explained that he had a friend who graduated from Providence High School in 1943 and she had a 1940 yearbook. My mother and her friends graduated in 1942 so they would definitely be in that yearbook, although two years younger.  After multiple emails, he very generously offered to send me scans of the pages with photos of the sophomore class to see if I could identify the girls in my mother's photos - no problem, I thought!

So began my arduous task of trying to match the faces in my mother's photos to the younger girls in the yearbook.  I THINK I have matched most of them, but it was so much more difficult that I thought it would be, and, of course, there are a couple that seem similar to five different girls so making a decision is impossible.  Even a couple of those I have "identified", have been done with my fingers crossed.  My process was as follows:  I cropped all of the faces from my mother's photos and labeled them as girl 1, girl 2, girl 2b (for those in multiple photographs), girl 3 etc.  This way I wasn't distracted by the other girls in her photos and, in several cases, had multiple views of a particular girl.   Then I began my comparison by opening one window with the cropped faces side by side with another window which had the yearbook pages enlarged so I could see 6-9 girls at a time.  I then scrolled through the 5 pages of sophomores in the yearbook scans Tony sent me.  Confidently, I started but soon realized this was going to be difficult.  I often had to look for hairlines, chins, eyebrows to try and distinguish between multiple possibilities.  Girls change in two years and as an example, here is my mother, Gloria Kennelly, as a sophomore and as a senior. 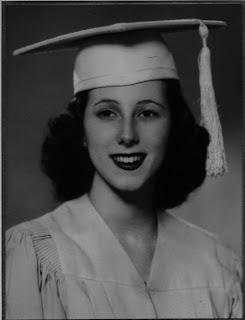 invite you to refer to my previous post to see the complete candid snapshots of these girls not just at a pivotal time in their lives but also for our nation.  For many their dreams would have to wait as their world turned upside down with the start of World War II, but the photos my mother took were before all that happened. This was the time in their lives when all things were possible.

Here are my identifications.  Please correct me if I am wrong. I would love to hear from you if you know or are related to any of these Providence graduates. 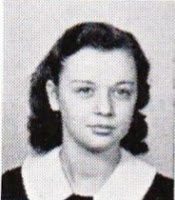 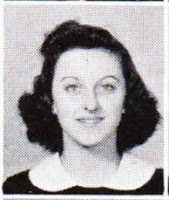 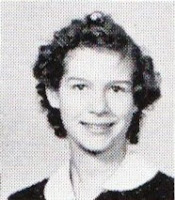 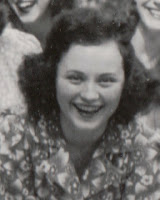 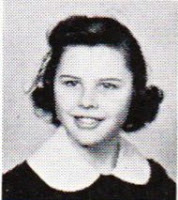 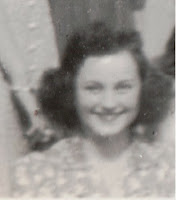 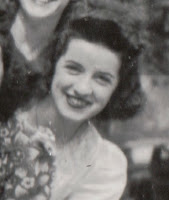 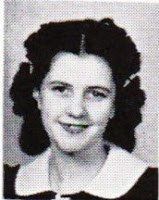 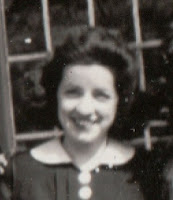 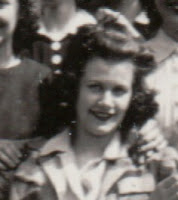 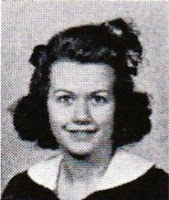 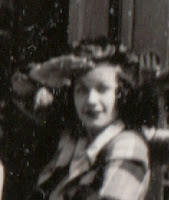 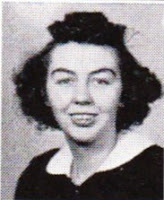 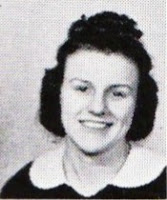 To help you realize how tough this was will you help me decide? 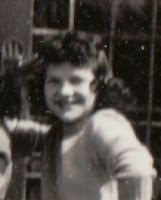 Is this Kathleen Keane or Merle Nickels?

There are some, just a few, that will remain unidentified, either because the photo is not clear enough, they have heads turned, or there are way too many possibilities from which to choose.  But, I feel so satisfied to have identified the girls above and that will have to do until I find a later yearbook or a relative contacts me.

Many, many thanks to Tony who had a friend, who had a yearbook, saw the connection and contacted me, then scanned the yearbook pages making it possible for me to identify these young ladies.  The stars aligned . . .

A lesson for all - identify the people in your photos!