It Took a Perfect Storm but . . . Will the Real Alfred Soderberg Please Stand Up?

I know it has been a while since I posted, but my real time family and events have been occupying my time and thoughts.  Additionally, I have been wading through Swedish records piecing together my husband's family since the beginning of April.

In the past, I have ignored his family because:
A. My husband seemed totally disinterested only mildly interested
B. His grandfather changed his name and this seemed like an impossible hurdle to overcome
C. Swedish records intimidated me
D. I was more interested in my own family and had made family connections that supported
and encouraged my obsession

Then, last March, while we were discussing where to go for my Spring vacation the beginning of April (I'm a teacher) I had an inspiration.  I told him that I wanted to stay home and spend the week researching his family AND I wanted him to go with me! On his mother's side, the family immigrated to and lived their lives in La Porte, Indiana, a town only 45 minutes from our house, and his father's family has lived in South Bend, Indiana for four generations.  He agreed, and so I began to plan.

First on my list was to contact the State Archives to get the naturalization records for his South Bend grandfathers - Alfred P. Soderberg and August Nylen.  I found the Archive contact information on the South Bend Area Genealogical Society (SBAGS) website.  If you have any South Bend ancestors this is a must visit website.  Soon I heard from the State Archives that they had located the records, and if I would send them $15, they would mail them off to me. 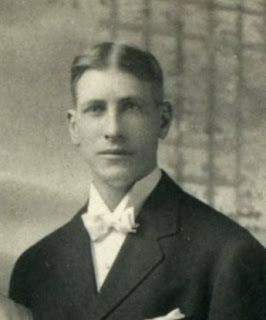 The family story was that Alfred had changed his last name to Soderberg when he immigrated because his brother who immigrated several years before him had taken the name Soderberg.  No one knew anything about this brother other than they remembered that he supposedy lived in Chicago - name unknown.  They had no idea why he took the name Soderberg. The only other information they remembered was that he came from Småland - a very large county in Sweden. Wow, talk about a brick wall!  My hope was that his naturalization papers would give me a clue. 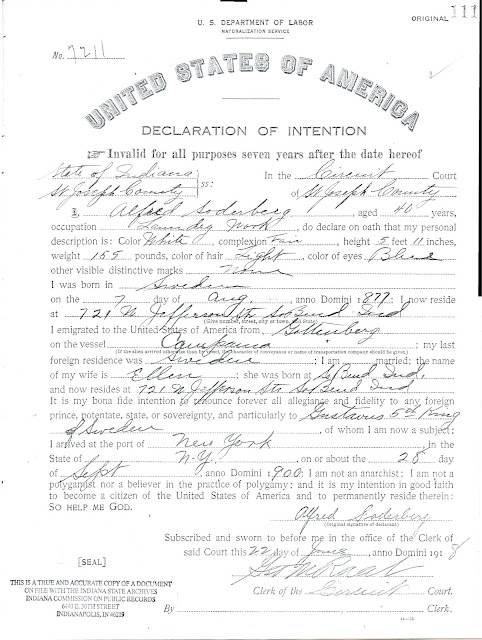 Then just before Spring vacation, the naturalization records arrived.  There was no indication of his name in Sweden, but it did list the name of the ship, Campania, the port, New York, and the date of arrival, September 28, 1900.  Now, I needed to follow these breadrumbs.  Next I went to  the passenger search section of the Ellis Island website.
While I did find the ship, there was a $15 charge for a copy and the digital file was too pixelated to read, but it gave me enough information to find the Campania passenger list on Ancestry.com in the New York Passenger Lists 1820-1957 database.  The only problem was that I couldn't find anyone with the first name Alfred listed who was the correct age, and there was only one person with the last name of Soderberg - a Jonas Soderberg who was four years too old and traveling with a ?? (unreadable) Josephson who was going to his brother's in South Bend.  I was trying out all types of theories in my mind.  I knew one of these two had to be him, but it just wasn't lining up.

Searching for more information I planned a visit to the local Center for History.  I was told that some of the early church records for Gloria Dei, a local Swedish Lutheran Church had been given to the center.  Dragging my husband and his brother with me, we met with the archivist, and she brought out a box of random photos and documents, then explained that they also had folders of records alphabetically by last name but they were all in Swedish.  Yes, please. She disappered into a back room and brought out the thick folder labeled "S".  As I leafed through, I was thunderstruck when I found a Flyttningsbetyg - the official exit permit issued by the pastor of the parish in Sweden from which the immigrant came - for a Peter Alfrid Josefsson with Josefsson scratched out and Söderberg witten above. 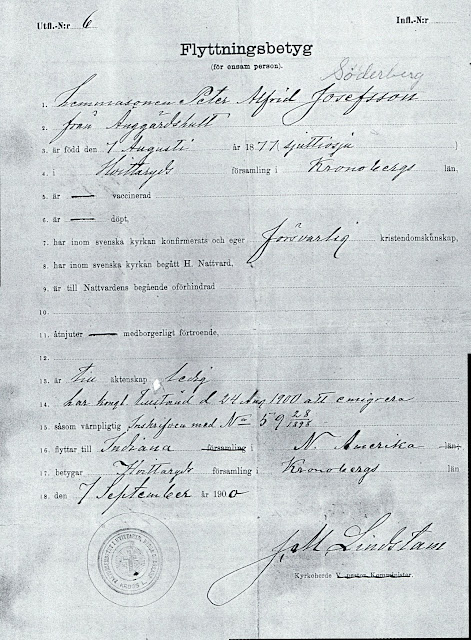 Translation from Ancestry.com message board:
Translation for Alfred Soderberg Flyttningsbetyg
Moving out number 6
Moving Certificate
(for one person)
1. the son living at home Peter Alfrid Josefsson (crossed out) Söderberg
2. from Anggärdshult (That is a place in the parish.)
3. is born the 7 August year 1877 (seventy seven)
4. in Hvittaryd (modern spelling: Vittaryd) parish in Kronoberg county
5. is vaccinated (against smallpox, but the certificate doesn't say that)
6. is baptised
7 has in the Swedish church (been) confirmed and possesses (owns) acceptable "försvarlig" = good enough, reasonable, passable
8. has in the Swedish Church had Holy Communion
9. (left blank) is to Communion taking unimpeded. (The "o-" in "obehindrad" corresponds to English un-.)
10. (left blank;probably the line is there in case line 9's entry needed more space)
11. Enjoys public confidence.
12. (left blank, probably as an overflow line for # 11)
13. is free to marry
14. has royal (i.e., government, not the king's) permission 24 August 1900 to emigrate
15. As conscript registered with number 59 28/1898.
Note: Before 1901 the conscripts had rather short period of training, and were a reserve to the regular army, to be called up if there was war. He was conscript number 59 in area 28 in the year 1898. And being conscript is why he needed permission to emigrate.
16. moved to Indiana (parish is crossed out) in North America (county is crossed out)
17. testified (certified?) Hvittaryd's (modern spelling: Vittaryd's) parish in Kronoberg county
18. the 7 September year 1900


I thought to myself, "This has to be him. Even the birthdate is the same." but still the fornames are reversed, and I didn't see Småland listed anywhere.  Note:  I have sinced learned about counties, parishes, and crofts in Sweden but at the time my knowledge was very limited!  I had a couple of hours before my shift started at the local library book sale so I decided to stop by the Local & Family History room of the St. Joeph Co. Public library to see if they had any records for the Gloria Dei Lutheran church.  Again I hit the jackpot.  He was listed with his family as Peter Alfred - the reverse of his naturalization record - in the membership records for the church.

So by putting it all together I now know that Alfred Söderberg arrived in this country as Peter Alfrid Josefsson, but it took documents from the State Archives, on site records from a local history center, microfilm of local church records from the library as well as online passsenger lists . . . a perfect storm of documents from a variety of sources using a variety of methods - internet, mail, in person, and library microfilm.  Answers usually come from piecing together information rather than a single document, and I encourage you to seek out those local resources, especially churches, that may have the puzzle piece you are missing. 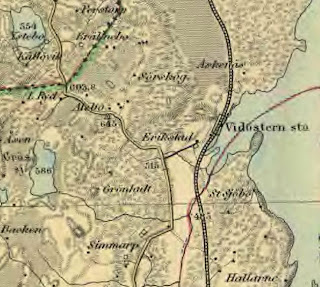 The best part is that this was only the beginning.  The Flyttningsbetyg as well as the microfilm of local church records held the key to locating his family in Sweden since, unlike his naturalization paper, which only states that he was born in Sweden, the church records told me the name of the parish, Hvittaryd and a place called Anggärdshult.  Swedish records are organized and held at the parish level so this knowledge is vital to successful Swedish research.  I am now learning how to browse my way around the Swedish records on Ancestry.com and have discovered the most generous and helpful individuals on the Swedish message boards - another resource.

It has been a flood of information since the discovery of his birth name.   I have learned that he lived much of his life in a two family stone cottage on a rented farm known as Sörskog which was part of the Erikstad estate.  According to Rosenberg's Geographic Dictionary of Sweden, Erikstad in Kronoberg is an Old estate at the SW. extremity of the lake Vidöstern in Hvitteryds located in the judicial district of Sunnerbo. I learned that his father, Josef Jönsson became too ill and feeble to farm in 1897 and so the family moved to Änggärdshult, a series of four small homes for those unable to work any longer.  His father died in 1898.  His oldest brother, Sven Johan, who had been listed as "sickly" on several previous census records died in 1918 with tuberculosis cited as the cause of death.  His mother died in 1916 still living at Änggärdshult.


It has been an amazing ride. I have gone from an unknown surname in Småland to a complete family and the actual farm where they lived.  What first seemed like an impregnable brick wall has been totally smashed beyond what I ever dreamed possible, but it took a perfect storm!  I am still on the trail of his brother, Jonas. I found him last in San Francisco with a possibility that he moved to Minnesota.  The search goes on.

And the impossible has happened . . . my husband is interested in his family history.