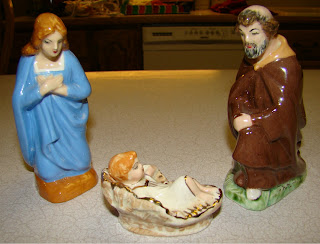 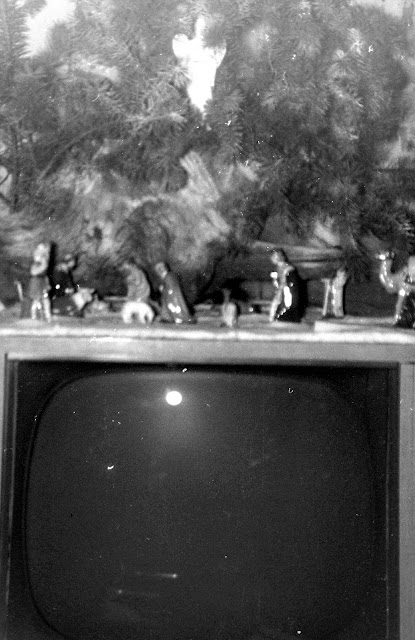 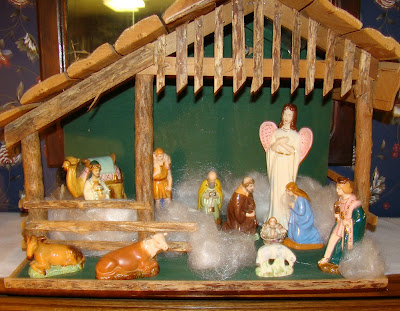 Personal note:  This post was completely written and ready to post when an amazing, some might say providential, event occurred.  I was re-reading the text and adding the photos, when, as I was searching for photos and cropping the new ones sent by my brother, I noticed a curious looking thumbnail.  Could it really be??  I quickly closed the select window so I could open the thumbnail in question to see it more closely.  It was, it really was . . . It was an old fuzzy photo of the original stump on our television!  I shrieked shouted, "O.. M.. G..., I can't believe it!"  My fingers quickly called my brother who was in his garage making this year's gifts.  I asked if he knew about the photo.  No, he didn't remember ever seeing it and neither did I.  This is truly a family memory restored. I love my blog.
Posted by Margel at 6:51 PM