Well, I have done it again.  This is nothing new, it happened every year when I was in college . . . I forgot my mother's birthday.  In college, we always seemed to have our first round of tests at the same time as her birthday and, despite my best intentions, I forgot it every single year.  I am such a terrible daughter*.  This year I intended to write a blog post about my mother for her birthday, but instead I forgot . . . again.

Mom would have been 88 years old on October 22 if she were still alive.  She died in 1996 of lung cancer.  She was from a generation besotted by Hollywood and glamour, and, at the time, it was glamorous to smoke.  She lived in the Garfield Park area of Chicago, her father was a movie theater manager, she attended Resurrection grade school and graduated from Providence High School (all girls)in 1942. World War II began her senior year.  She was splashy, sassy, and taller than most of the girls in her class.

Life had many hard knocks in store for mom; but here is a belated photo tribute to Gloria Kennelly . . . the early years. 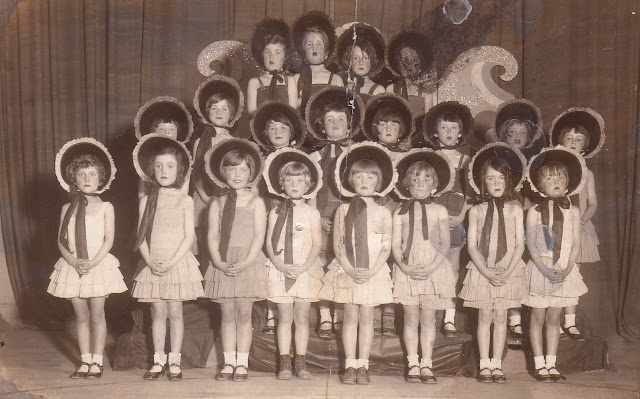 Gloria is in the middle row, third from the right.  The occasion is unknown. 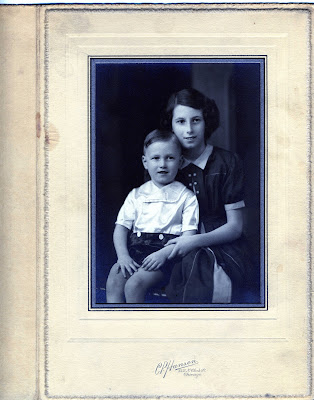 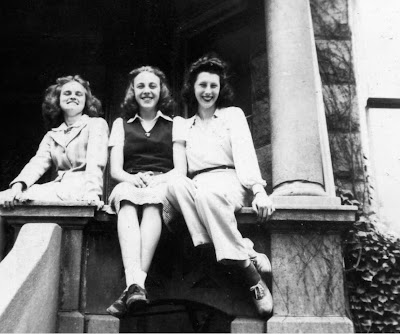 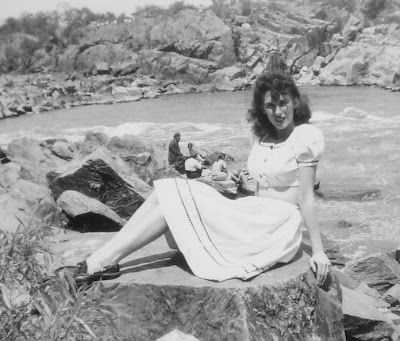 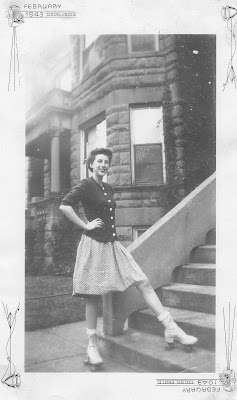 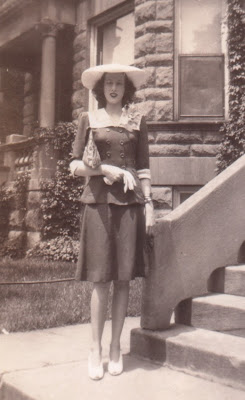 
*Please note: I am from the guilty generation of women . . . our parents made us feel guilty that we weren't better children, society scolded us that we weren't better parents, and churches always made everyone feel guilty. If we stayed at home to take care of our children we were dull and lazy, but if we went to work, then we didn't care about our children and were selfish.  Guilt rained down upon the women of my generation daily.
Posted by Margel at 2:28 PM