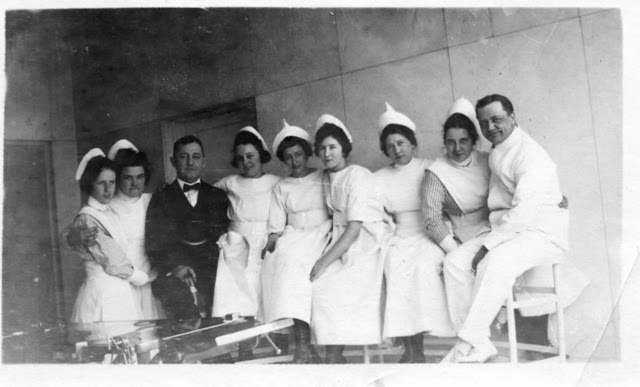 I so often skip around in topics that I thought before I leave this topic, I should share a few more photos with you.   This one had no identification and was a loose photograph just stuck in between the pages.  My grandmother, Berenice Moldt is on the far left. The black and white photos don't show off her red hair and freckles!  Again, I have two photographs taken at the same time that have slight differences?  Was this one the final or the first? 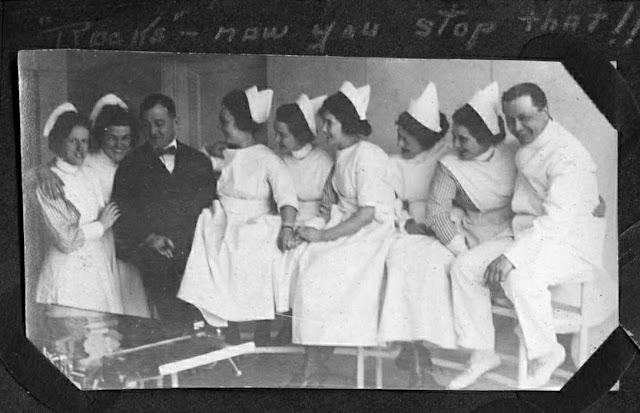 My grandmother liked this one best since it is the one she fastened in her album.  That would be in line with her sense of humor and other photos she has taken.
" 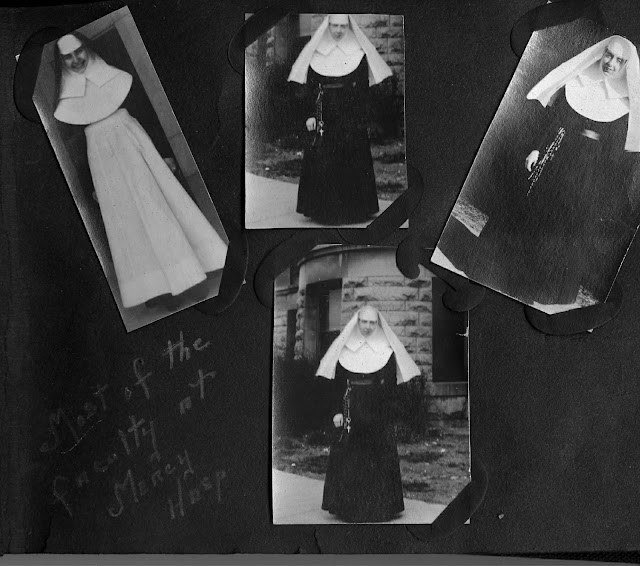 The unanswered question:  Is this Mercy Hospital in Des Moines or in Clinton?  Do the habits of the nun give any clues? I believe the Dr. Crowley mentioned is Dr. Daniel Crowley  from another photo that refers to him as Daniel.
I have intentionally left out the photos with captions such as, "A rose between two thorns" and "Four of a kind! Two pair of boobs".  There were several of photos with the doctors or the male staff members, but the none with them and the nuns.  Very interesting . . .
Posted by Margel at 11:08 AM