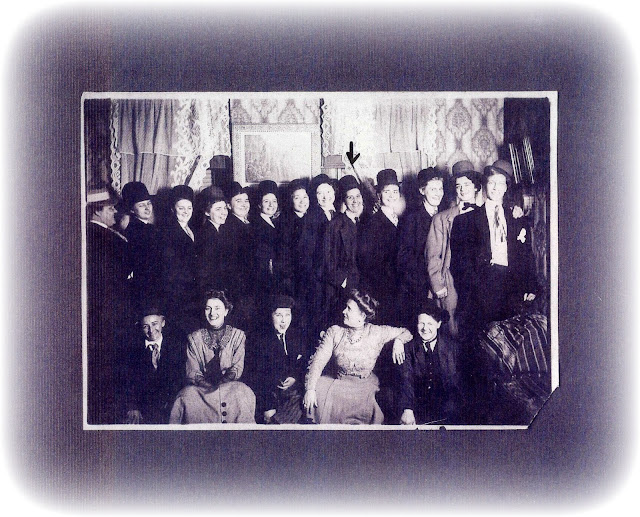 Before my recent family history trip to Clinton I was corresponding with the granddaughter of Augusta Allen Brown.  Augusta, known as Gussie, was the sister of my gr. grandmother, Mae Allen Moldt. Her granddaughter is my second cousin once removed.  It seems like I am "removed" from everyone.  I guess that comes from being the oldest child, of the oldest child, of the oldest child! Susan was the one who made the connections for me to see John Brown for which I am very grateful.  She had mentioned in an earlier conversation that she thought she had some family photos. She assured me that she would try and locate and send copies  to me. She explained that she wasn't quite adept at scanning and attaching a file.  While, I felt like a pest, I had not heard anything so asked her again if she had found any of her family photos.  It turns out that she was just ready to send them to me.  I was overjoyed when a few days later a large envelope arrived.  John told me during our conversation that his mother and her sisters had such a great time when they got together . . . lots of joking and laughing with a bit of craziness mixed in.  One of the photos showed that side of Gussie.  The  information on the side of the print said that Gussie also sang opera.  She really looks like a fun gal.  I wonder where she had the opportunity to sing opera in Clinton, Iowa? 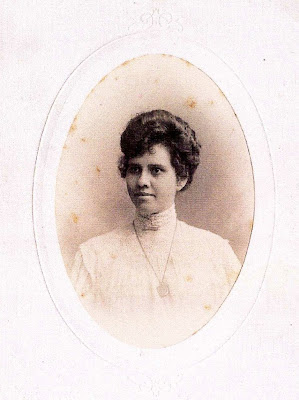 I am so very grateful to cousin Susan for sharing these photos of her grandmother.  They have infused Gussie with a personality and as a family historian, that is what I long for - a glimpse into the past.  The photo at left, also courtesy of Susan, shows Katherine Augusta Allen in a more formal moment . . . without her bowler hat.  Gussie married Bernard Brown in 191,1 and they raised their family in Montana. I am still piecing together how many children they had.

If you know anything more about the singing group above or can identify any other members of the group, please contact me as I would love to know more about it.

Or. . . if you have stories, photos, or memories of any of the other sisters (or one brother), please share.
Posted by Margel at 4:34 PM