A Stroll Through Chipping Warden 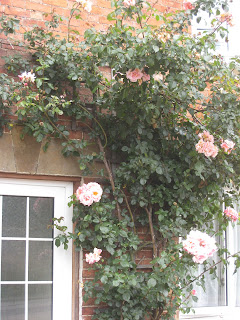 About mid afternoon our stomachs reminded us that it had been over six hours since breakfast.  Sadly, it was time to leave the church and cemetery.  Sad for me because I was just sure I must have overlooked something, and if  I would only go over it again, I would find more.  My granddaughter, although a good sport, was definitely ready to go.  Hunger is a primary motivator for a teenager.

I knew there was a pub across the street from the bus stop as we came into town, The Rose and Crown.  Barbara had confirmed that they did indeed serve food, but when we walked up to the door, the sign advertised that they did not serve food on Monday. The pub operator and two patrons who didn't mind that there was no food, directed us around the corner and down the street to the other pub in this hamlet of 500+. . . The Griffin.  We walked to the end of the block, and I almost joined my ancestors when I looked the wrong way to check for traffic and stepped into the street thinking it was clear.  Lesson learned.

We easily found The Griffin and walked inside only to find it empty.  "Hello?"  Out from the back came a friendly and profusely tattooed young man.  I asked if we could still get lunch.  A slight hesitation and then, "Sure, sure.  Sit anywhere you like."  After my granddaughter was sure we were going to get food, she relaxed.  The entire place was picture perfect.  We ordered a Chicken and cheese sandwich with "chips" and I wandered around taking photos - after all I wouldn't disturb anyone.  After our lunch arrived I asked the young man how old the building was since I had noticed the thickness of the walls at the windows. He wasn't sure, but he would check with the chef.  Right. . . "It wasn't too old," he said ". . . about 200 years." 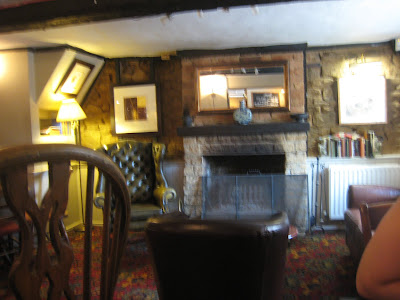 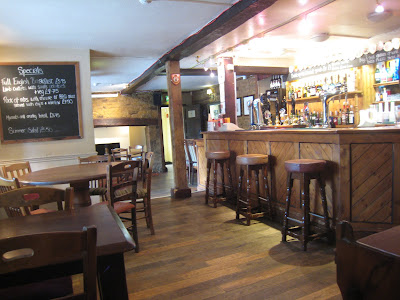 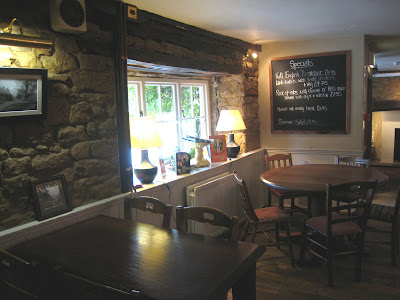 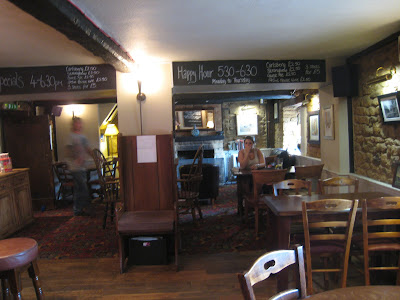 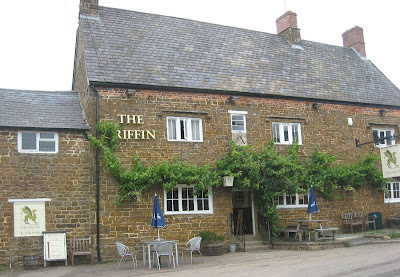 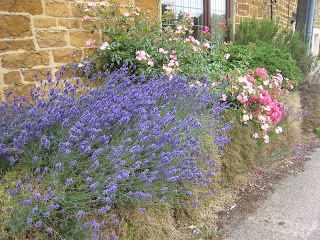 We left The Griffin, and I took an outside photo as we left as well as the gorgeous flowers that were in front of each house.  While I know Chipping Warden is not the Cotswolds, it has that same charming, old fashioned, totally English feel to it.  And, of course, those magnificent thatched roofs!!! 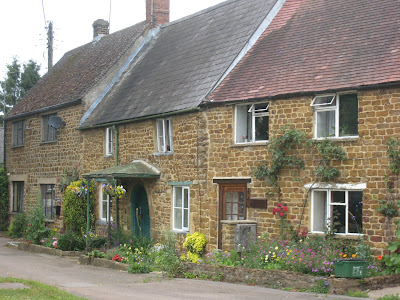 I had one more sight to see before we left.  James Bush Allen's younger sister Eliza was listed in the 1851 as a school mistress living on School House Lane.  When I inquired, Barbara told me that the school was still there and that the back of it could be seen from the cemetery, but if I went down a lane across from the Rose & Crown, I could see the front.  Naturally, I had to do that.


I called for our taxi from the Rose & Crown then we waited outside hoping the rain would hold off until we were safely inside our ride.  We felt a few sprinkles and moved across the street to the bus shelter. 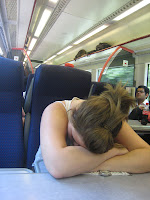 As I sat in the train traveling back to London, my mind was swirling.  I reviewed the photos I had taken zooming in to see how much detail I had been able to get.  My granddaughter had a different reaction.
Posted by Margel at 4:27 PM