This is a letter that my grandfather wrote to his mother-in-law when my mother was born.  It is a very sweet letter that gives a glimpse of my grandfather's personality.  It also gives the name of the theater where he was working at the time.  My grandfather did not follow in his father's footsteps and become a meat salesman (commission man as he was described) nor did he become a Chicago policeman like his two brothers.  He marched to a different drummer.  I love this letter.  It has a delightful sweetness . . . and they were living at 2338 W. Washington Blvd. when my mother was born. 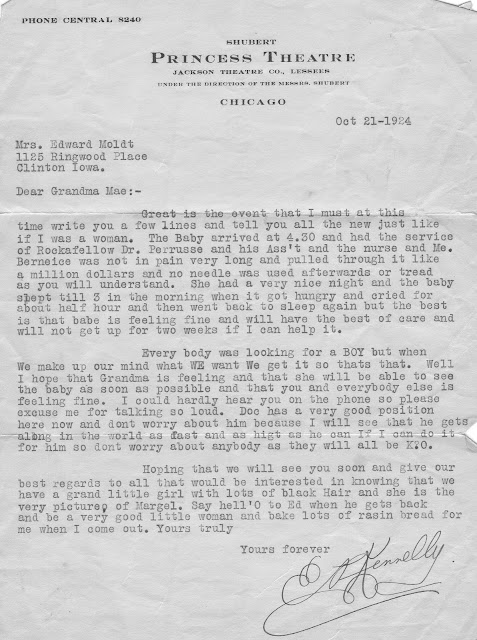 "Doc" is the nickname for my grandmother's younger brother and, of course, Margel is their first daughter who died of spinal meningitis before my mother was born . . .and the aunt whose name I carry.  I wrote about my journey to find her in this blog post.
Posted by Margel at 7:02 PM