What Ever Happened to Emma Paulson? 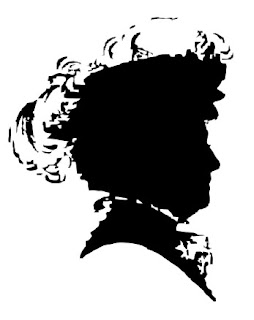 It was May 13, 1891 and my gr-gr. grandmother, Margaret Logan ran a boarding house at 248 Fulton Street with her second husband, James Logan.  Ten years earlier she had lost her five year old son, Jeremiah, to the diphtheria epidemic.  In 1891 she had two sons, twenty year old John J. and Edward P, named after his father, age sixteen.  Whether she had lost any other children at this point, I don't know, but by 1900 only two of her seven children survived.  Were any of those children with James Logan?  That is also unknown.  What I do know is that she was an exceedingly kind woman thanks to an article published in the Chicago Daily Tribune, May 14, 1891 titled "Pursued By Grinding Poverty".

According to the paper, Mrs. Emma Paulson, a Swedish immigrant, had been deserted by her husband six months earlier and was found unconscious in the street in front of the boarding house around 2:00 a.m.  A patrol wagon was summoned, and she was lifted into it with the intent of taking her to the DesPlaines Street Police Station.  In the wagon, Mrs. Paulson complained of great pain, and so they started toward the County Hospital instead, but before they arrived she gave birth to a child.

Mrs. Margaret Logan then told the heartbreaking story of Mrs. Paulson's troubles.  It seems that her husband was a dissipated man who emigrated from Sweden five years earlier with the help of friends who hoped it would help him reform. Mrs. Paulson then followed her husband to Chicago, but their three children, aged 11, 12, and 13, remained in Sweden on the advice of family and friends.  For a time Mr. and Mrs. Paulson lived comfortably, but  soon her husband began drinking again, and from that time forward  Mrs. Paulson's life had been one of almost continual hardship and privation.  Two and a half years earlier a little boy was born to them,  and the father took good care of them for a short time.

Six months earlier he disappeared, leaving his wife penniless and ill.  She was sent to the County Poorhouse.  Mrs Logan, hearing of her condition, brought her to her home and nursed her back to tolerable health then aided her to begin housekeeping in two small rooms in the rear of a saloon on Fulton Street near Peoria. Here Mrs. Paulson did washing and housework for neighbors when her health would permit and when the work was available.  The rent was only $6 per month for the two rooms, but she was unable to pay even that small amount, and the last month's rent was paid by Mrs. Logan.  She was in arrears for one week's rent and the owner of the building put her out and piled her meager belongings on the pavement.

Mrs. Logan came to her relief once more, taking Mrs. Paulson and her little boy into her home.  Last night, while delirious, she wandered out into the streets where she was found by the police.

How did Margaret Logan hear about Mrs. Paulson in the first place? What happened to her little boy?  I assume he stayed with Mrs. Logan that night.﻿  Did her baby, born in the patrol wagon, survive?  Did her husband ever return - did she really want him to?  Did she have to return to the County Poorhouse? Does she have any descendants who might be interested in family history?
This is a story that makes me feel proud to be related to Mrs. Margaret Logan, but I still want to know . . .

What ever happened to Emma Paulson?