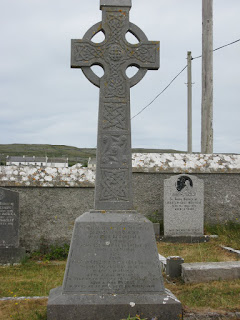 Well, if it is Tombstone Tuesday, I have to share more of my cemetery photos from Ireland. Aw, shucks . . .

The Celtic cross was every where!
The variations were beautiful.  This was in the cemetery at Kilmurvey, Inishmore, Aran Islands, County Galway, Ireland.  Whew!  That should be a complete description.  The inscription is in Gaelic, but I have a lovely individual who has offered to translate it for me so I will include an edit later with that information. 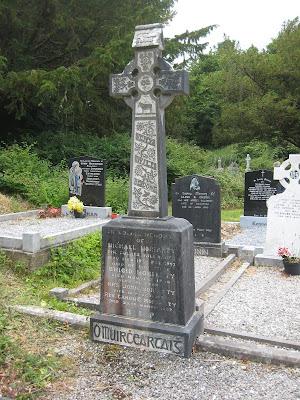 This was one of the most elaborate at the cemetery around the Muckross Friary in the Killarney National Park.  The ruins of the Friary were a spectacular backdrop to the still used cemetery. 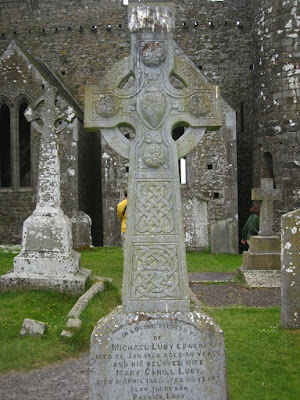 Both of these were at the Rock of Cashel.  It is interesting that there are still about 30 people who have the right to be buried here. 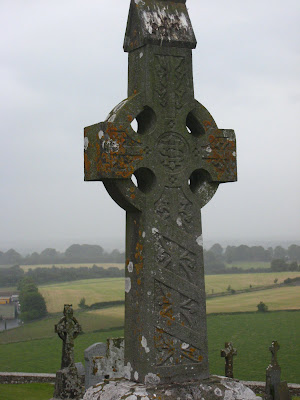 The IHS symbol in the center of the one on the left almost appears to be a dollar sign.  I like all of the shamrocks twining up and down.
I could post many more, but I think I might run the risk of boring even the graveyard rabbits.
Posted by Margel at 10:18 AM