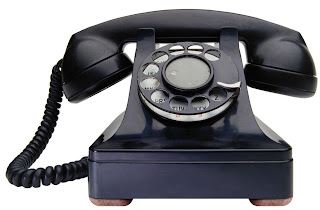 52 Weeks to Better Genealogy - Challenge 23 - Create Your Own Challenge GeneaBloggers: "52 Weeks To Better Genealogy – Challenge 23
Come up with a personal genealogy challenge of your own. Each person has different research goals and experiences. Use this week to come up with your own challenge, and then take the steps to accomplish it. Genealogy bloggers are encouraged to share their ideas and challenge their own readers.
This challenge runs from Saturday, 5 June 2010 through Friday, 11 June 2010."

Challenge 23 may be a life changing challenge for me. Although I haven't registered my blog with GeneaBloggers, I do follow along and try to participate in most of the suggested challenges in an effort to improve and expand my research skills. I have briefly looked at the National Archives, poked around Find A Grave, ignored some and patted myself on the back for already using some of the suggested resources. Then came this week, and as I read it, I was already dismissing it in my mind. I was too busy planning my upcoming trip to Ireland and nothing instantly jumped into my brain.

But sitting quietly at the back of my mind was a memory of the last meeting with my genealogy group. I was telling them that I didn't know where my father graduated from college or high school. My parents divorced when I was eight, and I never saw anyone from that side of my family again except for a single brief visit with my aunt during a trip to Florida and a one hour lunch with my cousin over 20 years ago. Several people made suggestions as to how I might find the information. I wrote down the resources they suggested, but then one person suggested contacting a relative from that side of the family. I instantly started with excuses: They died several years ago. I don't know anyone else. Well, I only know one name. I think she moved. Her name? She possibly divorced. The excuses were rolling off my tongue faster than they could ask questions to try and help me. Then, from the other side of the room a head popped up from behind a computer, and I heard, "Here she is." She said my cousin's name, address and told me I could pull up a Google Earth image of her house in the Chicago area. There was a pause. How did you find that, I asked? She then told me she found it by using PIPL and went on to tell about her success with "cold calling". I am usually the talkative type, but I mumbled that I would have to try it and thank you so much. It suddenly dawned on me that in the two years that I have been working on my family history, I have never tried to find a living relative on my father's side of my family. I found obituaries for my grandparents, sent to Kansas State for photos from a 1907 yearbook, searched through census records and followed the family migration from Pennsylvania, to Ohio and finally to Kansas as my ancestors went from Quakers to Free State activists and then Civil War soldiers. But a living relative. . . . . and my first cousin at that. So even though I now had the information to make a contact, I did nothing. After all, I was too busy right now. It was too noisy now. There were too many people around now. It was too late or too early. In the words of Scarlett O'Hara, "I'll think about it tomorrow". 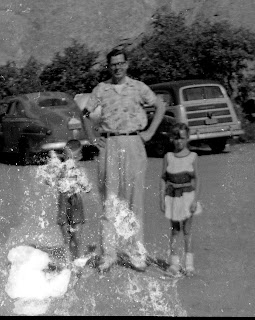 Then came the Geneablogger challenge. My first thought was that I couldn't think of a personal challenge and passed it over. As I was sitting at my computer one morning in the middle of the week with my coffee mug in my hand and the screen on Iowa GenWeb, the words "cold calling" popped into my brain. I knew what my individual challenge was. The real challenge was making myself do it. I looked up her name and went to Google Earth. Maybe, this wasn't even her I told myself, but just someone with the same name. I breathed easier when I realized it was too early to call because they were an hour behind us, so I went on to other activities. Later when I came back and checked my Google Reader for new posts, that dang gone GeneaBlogger challenge was mentioned again. Okay, it was now or never. As I dialed the number, I could feel myself breathing more deeply. It rang. . . . and rang . . . and rang, then the answering machine picked up. As I left a message explaining who I was and who I was looking for, I started to choke up and knew I was sounding waaaay too emotional. It was so unexpected since it has been 54 years since my families divorced. I ended the message and hung up.

By now, I was committed to making this contact. When I didn't hear back that day, I searched the next day on Facebook - a site I loathe. There she was and with a photo. I think it might really be her. I quickly sent a message and quickly got a return message. It was my cousin!! Email was definitely easier. She can't see the number of times I rewrite my message, and my voice doesn't crack unexpectedly in an email. Pauses to grab a Kleenex don't show. I tell her that I will be travelling to Ireland in a few days and hope we can see each other when I return. She asks if I will be in County Clare where the McCoys were from - I didn't know that. I didn't even know they were Irish. We make plans, and I mention that I might need to bring tissues. She responded that she might need them also as she cried while she wrote to me thinking of the lost opportunities. It seems she was glad to hear from me too. . . .
My personal challenge was to "cold call", and I challenge others to try it also. Don't lose the opportunity.
Posted by Margel at 4:46 AM